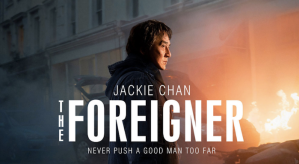 The Foreigner, directed by Martin Campbell, offers one of the most interesting and meaningful performances from Jackie Chan in quite some time… perhaps ever. So it’s then a real shame that the film puts the majority of its focus on other characters and a plot that get’s more bloated, the longer it goes on. Jackie’s performance and his character had me hooked almost instantly, so it leaves me confused as to the decision behind not making him more of the film’s focus. Let’s explore what Jackie Chan achieves in this film and if it’s one worth checking out. END_OF_DOCUMENT_TOKEN_TO_BE_REPLACED