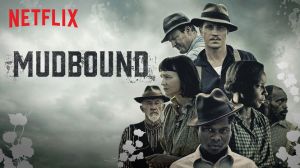 Mudbound, directed by Dee Rees, is a film that during the early stages, spins its wheels and directs its focus in all the wrong places. The film fills time with melodrama and nothing much else, until it finally finds what should have always received its attention. I felt myself detaching from the film in the beginning; settling in for something that I would soon forget once it had finished, but the story and characters it then found and shone a light on, may have saved the film. Or did they, was this ultimately a wasted 134 minutes? Let’s explore that question and more, in my review, and see if this film is worth clicking over to Netflix for. END_OF_DOCUMENT_TOKEN_TO_BE_REPLACED

Detroit, directed by Kathryn Bigelow, struggles at times with its pacing and it also feels like it stretches its focus too thin. It does make it difficult at first to find the rhythm of the film, but once it gets to its primary focus, Bigelow is able to deliver an intense, gripping experience. But, does the films problems in pacing rob it of its power? Does the film not fully accomplish what it wants to do? I want to explore those questions and more in my review of Detroit, so let’s get to it. END_OF_DOCUMENT_TOKEN_TO_BE_REPLACED

Kong: Skull Island, directed by Jordan Vogt-Roberts, delivers an unexpectedly brilliant experience. I was forever amazed at just how enjoyable and fulfilling this films was; always delivering on what it set up and then building further upon it. This is a film that knows what it needed to do, and then went on to offer up, and achieve exactly what was needed. There are of course a few issues that pop up in the film – and they will be touched upon in this review – but for the most part, you have a monster movie that is more than what it could have simply been. And so, let’s jump on into the detailed review itself and see what it is that makes, Kong: Skull Island such a rewarding watch. END_OF_DOCUMENT_TOKEN_TO_BE_REPLACED

Straight Outta Compton, directed by F. Gary Gray is a true to life film that portrays the realistic feeling journey of the rise of the now famous NWA. Unfortunately some tonal issues and a sporadic nature with the overall plotting of the story leaves some very much exposed story elements. END_OF_DOCUMENT_TOKEN_TO_BE_REPLACED